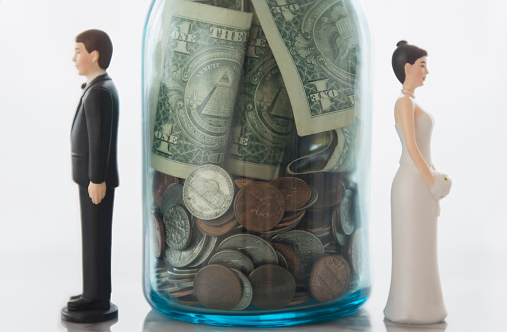 UK couples planning the wedding of their dreams must now be ready to pay more than £25,000 for their big day. A recent survey of over 3,000 brides shows that the average wedding in the UK is now a huge £25,090.

The most expensive part of a wedding in the UK is hiring the venue. This can run an average of £3,738 which is 14.8 percent of the entire cost. It is an important part of the cash outlay as, according to the survey, finding the perfect venue for the wedding was the top priority for brides planning their big day. This was more important than setting the budget and putting together the guest list.

Second on the priority list was the honeymoon. The average cost of a dream honeymoon averages £3,366, which is 13.4 percent of the whole budget. Next, was the cost of food for the reception that hit around £3,072, which is 12.2 percent of the full wedding budget.

The survey was conducted through the wedding website called hitched.co.uk. It was through this survey that the discovery was made that the average wedding costs had increased 21 percent from the last study they conducted. That one used the prices from weddings held in 2014. This survey also revealed that the parents of the couples still go quite a long way in paying for this special event. At that time, 48 percent of the couples received financial help from their parents while 6 percent of the parents still followed the time-honored tradition of the bride’s parents paying for everything.

When asked about the results of the survey, hitched.co.uk editor Caroline Bradley states that it is not surprising that the wedding venue has become so important to the couples. Couples who choose the venue early can plan everything else around it.

In addition, she added that many couples are choosing to ask their guests to assist with honeymoon costs and that this may be contributing to the reason that finances for weddings are currently the highest they have been in seven years. When the guests pay for most of the honeymoon costs, couples can spend the most money in the budget on the wedding itself.

Another rising cost that was uncovered through this survey is the average price of an engagement ring, which is currently £1,742

It was also discovered that the total amount of money spent on wedding clothes is £1,055 for the wedding dress and £293 for the groom’s clothing. The reason for the drastic difference in these prices is that 35 percent of grooms choose to simply rent their attire instead of buying it.

Even though this survey’s findings can be a little off-putting, couples should still go ahead and plan their perfect wedding. This is true for all couples; even those on a tight budget.

Hannah Maundrell who is the editor in chief at money.co.uk, shared how to have a remarkable wedding even on a budget. One of the things she recommends is to send invitations by email rather than sending out fancy invitations through the mail. She also suggests that couples don’t throw a huge meal at their reception. Just use the wedding cake as a dessert and some beverages.

Another suggestion she makes is to swap out the flowers for the bridesmaids with something cheaper. You can also cut costs by shopping eBay for simple table decorations.

At the end of the day, the important thing to remember about your wedding is that you are joining together with the person you love the most in the world. A budget should not take away that feeling.

There is still enough time to meet the right person before Easter bank holiday 2017. Morak.com dating site specialise in introducing single men and women who are looking for serious long-term relationship. To meet a compatible man or woman in time to share the joys of Easter bank holiday 2017 with, just sign up with Morak.com free of charge and we will show you some of the most eligible singles in your area.

How to join Morak.com to find a partner for Easter bank holiday 2017

There are many sections to Morak.com online dating for serious relationship. It is important that you sign up to the correct section, to find the most compatible date for Easter bank holiday 2017. The list below gives brief information about various dating niches available. Sign up free of charge to the niche that best interest you. END_OF_DOCUMENT_TOKEN_TO_BE_REPLACED